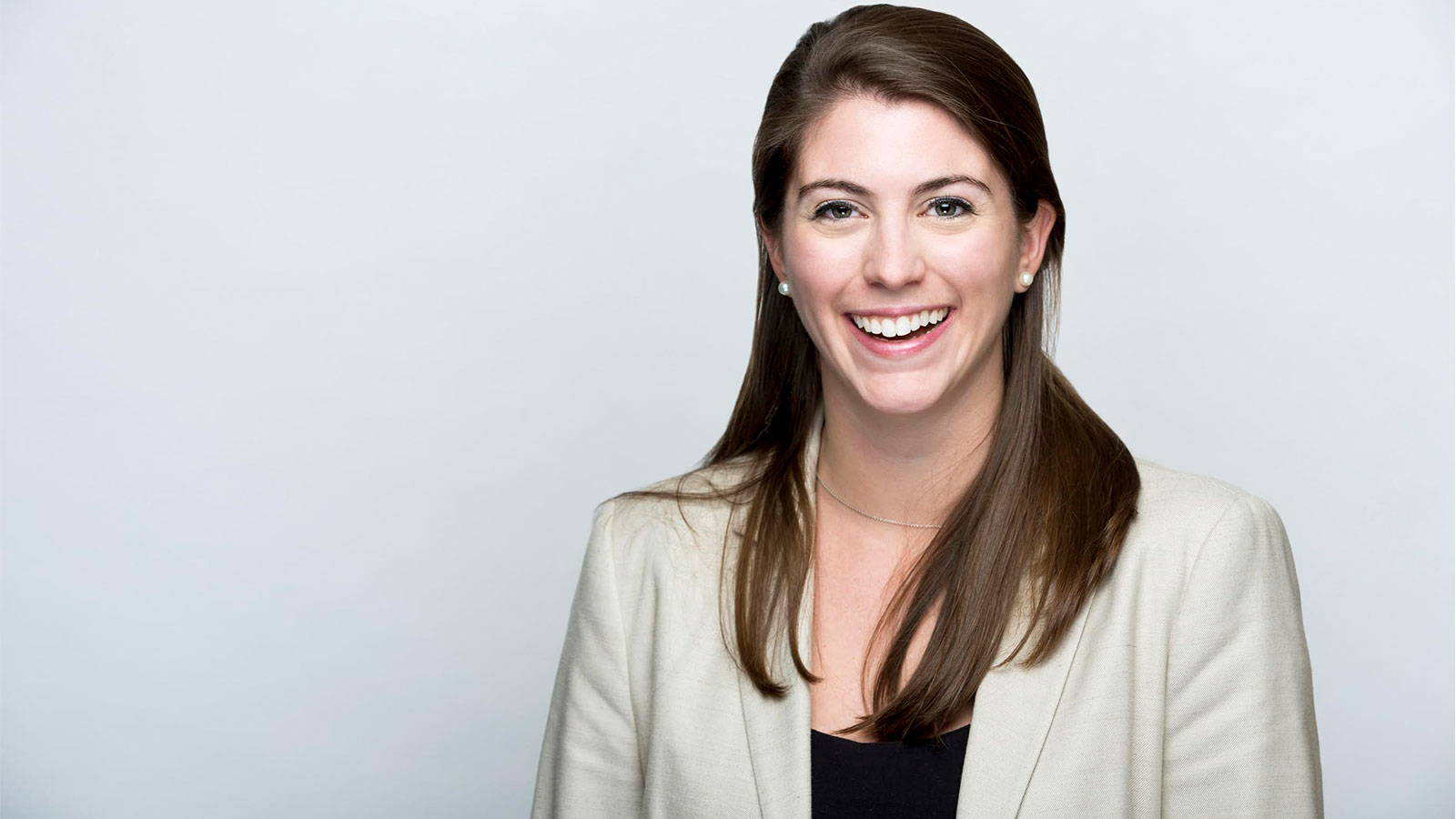 If The Riverbend Group set out to write a book to encapsulate our philosophies on teams, management styles, and what makes a successful company… it would end up sounding a lot like The Culture Code by Daniel Coyle.

The Culture Code was one of my #RiverbendReads assignments and I was eager to dig in, because I love Adam Grant, and Adam Grant loves this book… so I knew it would be excellent.

I wasn’t quite prepared for how much it would speak to me as an encapsulation of so many things we talk about and value at The Riverbend Group.

I’d like to highlight three main anecdotes from throughout the book that most completely summarize the similarities within our philosophies. There are more, but I feel that these are representative, and will enlighten you both to the quality of this book, and expose the congruencies to what we practice and preach – so not to just end up delivering you a book summary.

1.Navy SEALS as the answer for what makes Elite Teams

In section two, where Coyle addresses the role of vulnerability in developing great culture and building effective teams, he uses Navy SEALs as his example (chapter nine). The Riverbend Group has an entire immersive team development program based in Carlsbad, CA that is built around many of these same principles.

Coyle sites the infamous SEAL “hell week”, a fully team-based training program, and the elimination of hierarchal distinction as three keys to success for SEAL teams. Through the training program, and magnified during hell week, individuals are never rewarded for taking care of themselves. In fact, the only way to be successful is to rely completely and entirely on your team, and always have the team’s well being in mind before your own. If everyone in the team is operating out of a totally selfless “team first” mentality, the team will be successful. Because everyone is encouraging others to use their strengths to the fullest, covering for each others blindspots or weakness, and assessing risk and reward based on the team’s vantage point, they are equipped for success.

In our S.E.A.L. Training™, we have developed an immersive experience to help create the environment for these exact conditions – time to focus entirely on team and the elimination of hierarchy so everyone must be equally vulnerable and dependent on their teammates. Then, we debrief on “S.E.A.L.”: Solidarity, Ethos, Agility, and Learning. Solidarity & Ethos – these are the critical ground rules for a team to operate under. Agility is what the Seals describe as being able to work the mission “like a game of pick up basketball.” I love the story Coyle shares that defines for me what Agility that comes out of Solidarity and Ethos can look like:

“We were once named on a mission with Rangers,” one former Team Six commander told me, referring to the army’s Special Forces teams. “the Rangers commander and I were together [at a nearby base] observing the [drone video] feed of the mission. The entire time the Ranger commander was on the radio with his guys. He was talking, giving orders – ‘Do this, look out for that.’ He was acting like a coach on the sidelines yelling plays. At some point this commander notices I’m not saying a word, and he gives me this look, almost in disbelief. Like, why aren’t you telling your guys what to do? It was pretty striking. Our guys and their guys, doing the same mission. He’s talking the whole time, and we aren’t saying a thing. And the answer is, because we don’t need to. I know my guys are going to solve the problems themselves.”

And finally, we discuss Learning – SEALs are life-long learners, and they run every scenario, practice until they get it right, and constantly spend time “sharpening the saw” and getting better. Why do they do this? Because if they are their best selves, then they are better for their teammates. As they say… a rising tide lifts all ships.

2.The value of a team dinner for establishing trust and culture

Section 1 of Coyle’s book is all about creating belonging, which he says is defined by a “yes” in these three questions “Are we connected? Do we share a future? Are we safe?”. If everyone on the team feels connected, invested in the purpose/future, and safe to share ideas – the team is winning already. It is the leader of the team’s job to draw in each person of the team, connect to them, and connect them to each other. Then, the leader needs to police the group for bad behavior or “toxic” energy that makes other team members feel disconnected and unsafe.

Coyle sites Coach Gregg Popovich as the master of creating belonging. Popovich knew the value of a team dinner and connecting with his players individually. He knew them personally, knew their families, made recommendations on where they should take significant others out to eat, and saved clippings of articles about their hometowns he had read.

The Spurs eat together approximately as often as they play basketball together. First there are the team dinners, regular gatherings of all the players. Then there are smaller group dinners, handfuls of players getting together. Then there are the coach’s dinners, which happen every night on the road before a game. Popovich plans them, picking the restaurants, sometimes two a night.

The Spurs had gone from almost-certain victory to one of the most devastating defeats in NBA history. […instead of cancelling the post-game team dinner, Popovich declared…] “everybody to the restaurant. Straight there” [….] Popovich stood and greeted every player as they came through the door. […] The wine flowed. They sat and ate together. Popovich moved around the room, connecting with each player in turn. […] No speeches, just an initimate series of conversations. […] “By the end of the night, things felt almost normal. We were a team again.

What I love about Popovich’s approach to connecting the group over meals, is that it ensures time for the players to get to know each other personally, gives him time to connect with everyone, and helps to break down that hierarchy that SEALs know is destructive – because everyone is sitting around one table together. These positive shared “family” dinners build trust and belonging. Trust and belonging which are the underpinnings of Solidarity and a shared Ethos.

Everyone on his team knew they were valuable and important to him personally so he could give direct, critically important coaching and feedback, but from a place of love (which sounds a lot like Radical Candor to me!).

When The Riverbend Group works with managers, one of the key workshops we like to teach is The COACH Model®. This framework helps new managers have a structure for developing the critical pieces of belonging and team culture. Following our COACH Model® will ensure that the Manager is spending time getting to know each of their direct reports, meeting often enough to have honest feedback, and ensuring their messages are reaffirming “We are connected because I know you and am invested in you getting better. Our shared future looks like ____, And you are safe to share ideas and grow.” No better place than over dinner to learn about what makes someone “tick” and to know them personally. Investing time outside of work hours also tells each team member “I care about you and am invested in you” and when teammates all show up after work hours that says “we share a future together and we are all invested in this team and each other.”

Seek to really understand … we say this all the time here at The Riverbend Group. In fact, our entire approach to our clients is based on consultative questions. We want to know WHY you are seeking our help, what is not working? what is going great? what would success look like to you? when you say ___ do you mean ___ or do you mean more ___? These kinds of questions are critical to us understanding a client’s true need, so we can customize the content or deliverable to meet the actual issue or goal. We prefer surgery to a bandaid.

There are three stories within Coyle’s book about people who are quiet, then they ask a couple of good questions, and then they listen attentively.

One of my favorites is from when Coyle met with Roshi Givechi, a designer at IDEO, who works to “unstick” teams. She is self-described as one who works by “surfacing” solutions through asking the group a series of good questions and then listening intently and brainstorming. Coyle describes his own moment of “surfacing”….

Halfway through our conversation, Givechi asked me about this book’s title and subtitle. I told her, and she paused – a long, meaningful pause. Then she asked “Does that subtitle really work?” A few minutes later, after a few back-and-forths, this book had a new and improved subtitle. I’m not certain if I suggested the change or if she did. As Givechi would say, we surfaced it together.

Anytime I am approached with a problem or situation, and advice is being sought, I like to ask questions until I feel like I understand the problem. Then, when I think I’m ready to share advice, I make myself ask one more question. Either an additional clarifying, context seeking, or perspective finding question.